Do you wish to shift from Android to iPhone? Here’s how to do so:

Android has highest customer database and on the other hand, even though iPhone is costly it is more in demand. More and more people are switching from Android to iPhone.

Are you the one who is among those who wish to shift from Android to iPhone? Do you want to know the entire process? Then this blog post will serve as a perfect guide for you.

Here, we will explain the procedure with examples of Samsung Galaxy S5 and new iPhone 6S. This will help you to understand the process in a better manner. Yes, it’s true that Apple has slow sales growth and it relies on those who are willing to give up Android and switch to iPhone that cost more than $400.

Apple, last year was amazed to see the boost in number of Android Switchers. This is one of the huge opportunities for Apple. Transferring from high end Android Phones to Apple iPhone is like moving to a different unknown city from your native place. 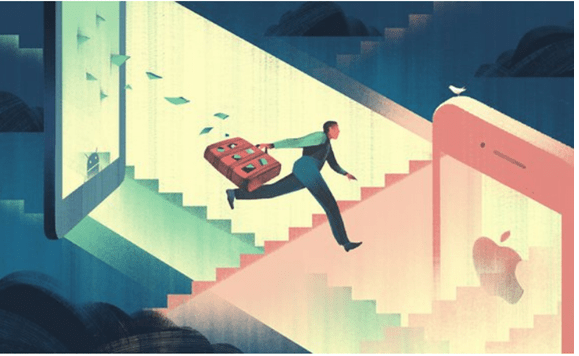 You will find different milestones, different customers, different choices etc. It’s just a simple process of transferring data from old phone to the new ones. Then, reinstall the favorite apps.

Then customize the settings for various features such as ringtones, notifications and then get adapted to the changes that you find in your new device. Apple offers a detailed guide as well as special app to all those who face difficulty in shifting from Android to Apple.

Apple retail stores provide perfect assistance and 90 days of free telephone support to all those who need help in migrating to iPhones.

“There are lot of things that you might have to go through. Some of these may be valuable to you while some may not be available”- a review by one of the tech news site that deals with phone reviews and frequently publishes reviews about Android – iPhone switch. A layman will really find it confusing and frustrating.

Here, we have listed some issues that you may face during the process:

Apple iPhone is more stable than Android. Android users frequently suffer from hardware and software issues as well as app crashes and this hardly happens in iOS. Defaults cannot be changed in iPhone whereas this can be done in Android.

So, if you are thinking to switch from Android to iPhone then this will be a perfect guide for you.