Google Maps is widely used by all; be it Android or iOs users. Today, we will discuss about a new feature of Google Maps that can be very useful. So, just get a little bit smarter by using Google Maps.

This navigation app has a new feature which can know the user’s destination before it is entered thus allowing drivers to take a not about traffic updates, estimated arrival times and detours right away.

This new feature was first noticed by technology blog Android Police. It is known as “Driving Mode”. It looks at users’ location history as well as history of web searches so that the person can guess what will be his/her next destination.

Later on; Google confirmed that Driving mode will be launched on Android in next week. 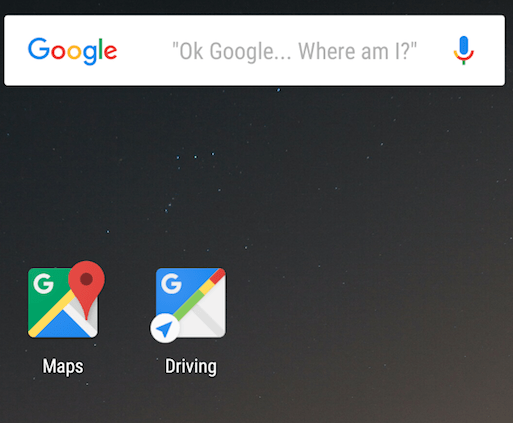 About the New Driving Mode feature:

Driving mode considers three factors like as time of the day, present location and day of the week in order to make smart predictions about where the user might be going as long as the location history is activated.

If the home and work location are predefined in Google Maps then Driving mode will use up all these directions for all those places at the times when it is needed. For instance; during weekdays Driving mode will show particular directions for home at 6 pm whereas the same may yield different results on Saturday night. Hence, it works as per the defined time.

It also considers recent searches in Google Maps and Google Searches in order to make show suggestions. Here, the main purpose is to make it easier to learn about various traffic conditions. Google says drivers can access that information with single tap.

Driving mode can be accessed by two ways: Pressing and Holding down on Android home screen and adding Driving Mode shortcut icon or via sidebars within Google Maps app.

It is said that this new feature is available in the newest version of Google Maps but people find it difficult to enable this. It includes several steps to get to the new mode up and running.

The entire process is as follows:

These steps may vary from device to device. However, most of the users can easily activate using these steps. This is the hidden feature of Google which was not meant to be publicly released.

This feature is announced officially by Google and the company shows that driving predictions don’t track your activity to predict where you wish to go. So, just go ahead and give it a try.

For more such updates about Google Maps; stay tuned with Platinum SEO; SEO Company in Sydney.