We all use Google maps for some or the other purpose. Most of us consider maps as a permanent thing which is uncontroversial. It is just a simple tool to get connected from point A to point B. In various regions where there are border disputes, maps can become contentious.

During the past; individual cartographers could avoid controversy by simply drawing maps that reflected their country’s world view. So, what happens to the internet when the whole world is using Google Maps?

Google Maps have a pretty fascinating policy for solving border disputes. According to Popular Science; when there’s a dispute on border among more than one territories then Google just simply changes the borders in each country to know about country beliefs. 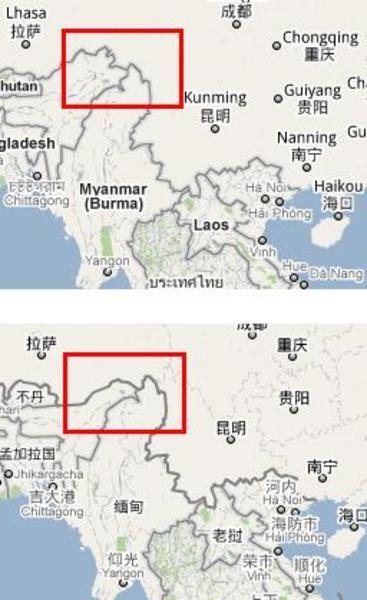 Those in countries that are not affected by disputes have two dotted borders while citizens of the country where there’s a disagreement see a solid line which represents the country’s view of land dispute.

This method of having different borders is based on every individual country’s geopolitical situation; a subject of recent study that was published in one of the well known Journals. These different borders actually have left researchers worried that Google’s seemingly impartial border drawing policy can add fuel to the disputes.

Google’s two well known platforms: Google Maps and Google Earth are the ones that are used widely as mapping services all over the world. Their methodology for affixing borders and naming key features is completely unregulated and thus gets deviated from traditional mapping doctrine.”

Google customizes its maps so that it can give proper justice to everyone’s country beliefs and laws. This is to hide the objective reality which can add fire to the ongoing disputes but instead affirm existing perspectives in the world.

Is there any better way?

At present, no such better way is found but still Google is in need constant search of any better way to display borders and hence is looking for increased oversight as well as regulation with respect to Google’s mapping policy.

It is necessary to understand the things before actually making perceptions. Proper understanding of the apps will make it easy to use. Hence, next time when you find any variations in country borders; you will understand why it is so.

Google Maps is by and large used for many businesses. Hence, changes in borders will be helpful to business owners to know what’s going on in the country and based on it necessary steps can be taken & if there is any danger, risk etc can be avoided.

Hope this blog post will be useful to you. Let us know your views about this post. Share your feedback with us at Platinum SEO; Google Map optimization services at affordable rates; use maps to grow your business.